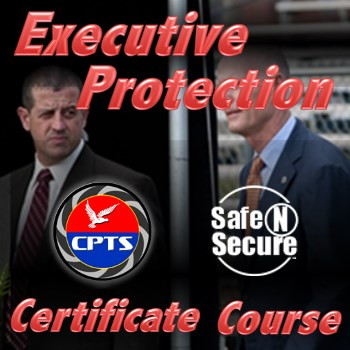 This 5-day course is designed to prepare students for Executive Protection operations. Our course focuses on small unit Dignitary Protection details which includes performing small details (one to two person) through larger details (five to six person). Tactics and techniques taught during this course are combined with realistic training scenarios designed to test and evaluate the student as a member of a protective detail. This course will culminate with a scenario based operation that is designed to test the student’s ability to apply the knowledge and skills learned during this course. Upon completion of this course, the student will be capable of functioning on a Dignitary Protection detail.

Rodney was the Chief Law Enforcement Instructor for FDLE, managing and developing training programs for new recruits, Special Agents, and tactical units throughout the state of Florida. He possesses numerous instructor certifications with the State of Florida, Criminal Justice Standards and Training Commission, National Rifle Association, and American Red Cross.

Prior to entering law enforcement, Rodney began his military career in the US Army. His career was primarily in the Infantry and Special Forces Community. He has served in critical staff positions which include Chief Operations Officer, Chief Logistician, and Chief Training Operations Officer.

Rodney served in several command positions to include commander of an Infantry company during Phase 1 and 2 of combat operations in support of Operation Iraqi Freedom; Battalion Commander of a training battalion; and Battalion Commander for a mobilization support battalion. Prior to his retirement, Rodney served as the Deputy Inspector General for a Civil Affairs Command. In addition to his combat deployment, Rodney has numerous deployments in support of natural disasters throughout the states of Florida and Mississippi. During his assignments in response to natural disasters, Rodney served in various leadership positions and managed all battalion logistics which included establishing logistics centers for US Army and US Air Force National Guard in Mississippi. Upon retirement from FDLE, Rodney established his company, Core Professional Training Solutions (CPTS). With CPTS, Rodney provided various courses for the US Army Reserve, Law Enforcement agencies, and civilian security officer community. Rodney has served in several capacities with CPTS.

Where is the course held

This course will be hosted on Amelia Island at the Safe N Secure Academy, close to Harris Teeter. The firearm training portion of the class may be held either at the Academy or the Safe N Secure Georgia range, DrOpZOne.

This product hasn't received any reviews yet. Be the first to review this product!